You know, for more than half of James Cameron’s Aliens, I was left wondering what all the hype was about.

I’d never seen Aliens, or Alien for that matter, before this year. Yes can we skip the whole “But oh my God you’re such a movie buff, how could you not have seen these classics?”. Trust me, you’d be alarmed at how much of anything before the year 2000 I’ve actually not seen. Moving along…

Everything I’d read about the two films made Aliens seem far superior, yet I finally got around to seeing Alien a month or so ago, and was completely floored [heh, Peter Travers would be proud] by Ridley Scott’s visionary, sci-fi horror masterpiece.

Aliens, more than halfway through, was looking like a military-loving, cheesy blockbuster dialog-toting action adventure on a much grander scale, and as much as I appreciated the advanced weaponry and hordes of aliens, let me tell you, it was bordering on Mehville. I didn’t like the kid dynamic or the larger scale, implied “I told you so” from Ripley that was taking place, but then the Queen arrived.

What a beautifully created animatronic monstrosity the Queen is! That slow shot panning across the room, following the eggs being laid to the first time you see the Queen in all her glory is the moment Aliens kicks into overdrive.

Between the Queen in full flight and the sheer audacity of Ripley fighting it in the giant mech, the last twenty minutes had me hooked in wonder, and laughing in amazement and awe. It makes me sad that these animatronic creations are basically a thing of the past in this CGI-saturated age. You are a God amongst men, H.R. Giger.

But, let’s face it, how, in any way, is this a competition? Alien is by far and away the superior film.

Alien was slow paced, but sucked you in perfectly, with memorable, claustrophobic, tension-filled sequences shot brilliantly by Scott, and led by a fantastic, bad-ass Sigourney Weaver. The unknown quantity of the Alien, both by audience and characters, combined with its ever-changing shape, form and abilities was a thing of absolute genius.

The tagline to Aliens sums things up perfectly – “This time it’s war”. Cameron had to change things up, and with the audience knowing how the Alien behaved, the mystery and horror of the unknown quantity was gone, instead replaced by an unashamedly big, Summer action adventure. Props where its due, because he does take you on one hell of a ride, but where Alien was perfect in every manner, I found myself cringing at the caricatures and dialogue, missing the intimacy and fear of a film that gets better and better every time I think about it. 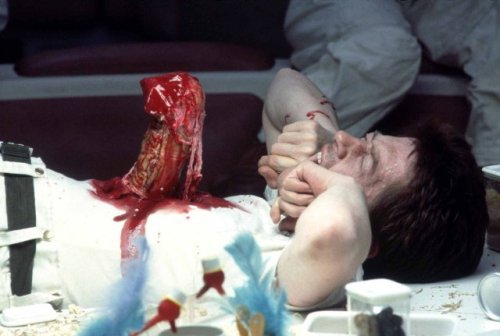