The first theatrical trailer made me nervous. One TV spot after that completely changed the tone, and there was hope. After the first set of mixed reviews and universally bad consensus, all hope was gone, and I’d been contemplating whether I wanted to put myself through this. The first fifteen to twenty minutes held my attention, and I thought maybe my incredibly low expectations may have saved me. No, no they didn’t.

What a horrible mess Green Lantern turned into, and in fact, I can’t recollect being as tuned out while watching a film this year. Any extended scene between Blake Lively and Ryan Reynolds became hard to watch, partly because of their acting, but largely due to the terribly written script and cringeworthy dialogue delivered. As far as villains go, Peter Saargard’s Hector Hammond was goofy at times, but in the scheme of things, acceptable, and the rest of the supporting cast, well, meh.

For what its worth, the CGI held up, and what little we saw of Oa looked great, bar the terrible training sequences. Action-wise, the opening sequence with Abin Sur escaping Parallax is still what stands out in my mind; again, a reflection of the clearly lacking imagination of the writers and Martin Campbell, who butchered the unbelievably cool factor of a ring that can construct anything.

Saddest of all for an origin tale, I found myself questioning why Hal Jordan even became a Green Lantern. I’ve read quite a few Green Lantern comics in my time, and never even doubted for a second the existence of the Green Lantern Corps, or why Hal became one, but the characterisation and motivations of Ryan Reynolds felt completely off. How Hal Jordan came to be a Green Lantern was addressed, but more importantly than that, WHY he became one was not dealt with to my liking.

How do you manage to make a character so boring when fear and willpower are at the heart of the Green Lantern character? Did the hack writers even read some of complex, dark stories that have appeared in comic form?

DC have green-lit a sequel, despite the box-office failure that is Martin Campbell’s first effort, and are apparently promising an “edgier, darker” sequel. Clearly my hopes are not high, but with Sinestro putting into motion the creation of the yellow ring, and all the introductions over with, albeit in the worst possible way, I will watch with interest the development of the sequel, and in the meantime read Rebirth again. 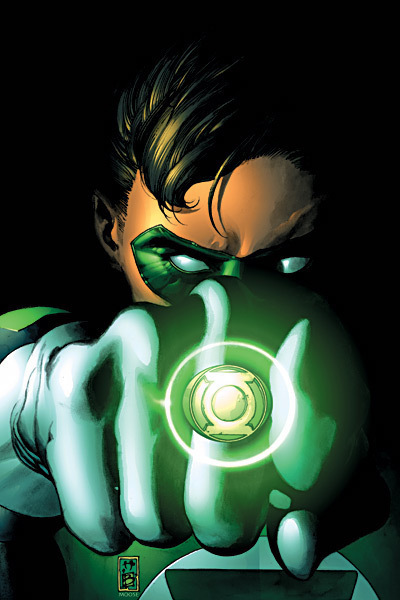