Wow! What an amazing, three day musical extravaganza we [@ahmedbaghdadi, @reetssydney and Hari [damn you for not being on Twitter [and no, this was the non-douchey Hari]] just witnessed! I thought the Big Day Out was something, but my goodness, Splendour in the Grass was far beyond what I expected.

And of all that, only one disappointment; LCD Soundsystem. I think I can live with that. The whole lineup is here.

Well, here’s that particular order then.

There is no way in hell I could have predicted that as my top 5, and and that’s what makes it all the better!

Before I move into these stand-out tracks, some honourable mentions are most definitely due…

Making these lists has of course completely diminished every other song and act I mentioned I saw, but I needed to “filter” [clearly my filtering still leads to a rant 99 times out of a hundred] it all somehow, and I cannot stress how much I really enjoyed all the songs and acts I saw, apart from that one slightly rotten, but still audible and musical sustenance giving apple. And now for another list, because I’ve just remembered a whole bunch of other crap, and I love to seem incoherent; It’s just my mind, people. There’s no Best Editing award that’ll be given to the film that is my life. 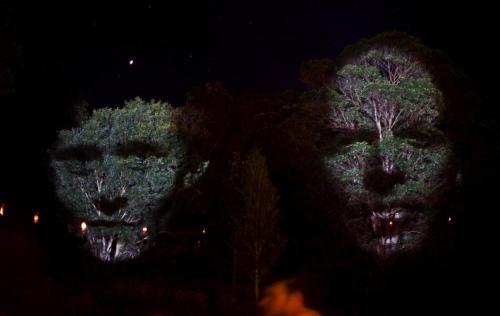 There were many more, but I can’t seem to extract them from my mind, and it’s probably for the best when it comes to the sanity of whoever’s reading this too.

Rita, Ack and Hari, today was a shitty day, with everyone being way too tired, but I think we had three pretty spectacular, memorable [music and otherwise] days. Yat, you really missed out =[

My ears are still ringing, but bring on Splendour 2011, and the smorgasbord of international music festivals that I am now itching to attend.

I thought the catharsis was complete and I could go to sleep, but I’ve forgotten about the mini ordeal regarding flights back today. For whatever reason, we were on the 7:45pm flight back to Sydney, and me having to head to Melbourne for work, really didn’t want to stay the night in Sydney, wake up ridiculously early and go straight to work, considering the zombie-like state I’d be in after not much sleep yesterday. Oh, screw you and your phone customer service, Jetstar. I spent literally 40 minutes on the phone this morning trying to change the flight to an earlier one, and eventually got the answer that nothing could be done.

Anyway, I booked a 10:00pm flight from Sydney to Melbourne and hoped that I’d make the connection, even though I was cutting it close [the flight from the Sunshine Coast was supposed to arrive in Sydney at 9:20pm]. We get to the Sunshine Coast airport, check-in in all of 30 seconds, wait for our flight, I look up a while later, and of course, the flight is delayed by 15 minutes. Sigh. I spent the rest of the waiting time at the airport and flight cursing my luck, and we land in Sydney at 9:40pm.

I hurry out of the plane by around 9:50pm, thinking that there’s no chance in hell I’ll make this, run up to the terminal, see no one else there, find a guy at the security screening station and tell him I don’t have a boarding pass yet [I booked the Sydney to Melbourne flight this afternoon -_-], and he insists I go back to the check-in machines and print out my boarding pass. I look around and can’t find a Qantas check-in machine, and then realise I’m in the wrong terminal… “FUCK”. I run out of the terminal, through the car park, into the correct terminal, find some Qantas staff that tell me they can’t force check me in, and that I just have to run to the gate and get them to print out a boarding pass there, if boarding hasn’t closed. Somehow, it hadn’t.