It’s back! I was left feeling unsure after the first episode, but by the end of the second, I was well on board and that familiar feeling of my mind trying to comprehend the madness that I just witnessed had returned.

Other thoughts via DarkUFO:

Why did I even bother calling it “Thoughts”? I see a few statements and a gazillion questions >.< Damon and Carlton, I thought you were going into answer mode, but you’re not helping my poor mind >.<

What is a flash-sideways? Who is Locke? The Creators & Cast provide some answers.

Random sidenote: My ankh keychain that I’ve had for years! 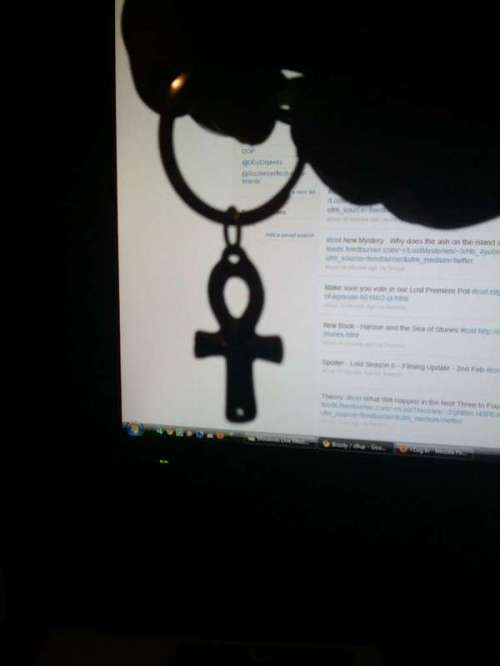