Can you say “mythology overload”? Then, add one, multiply it by infinity and square it. Good. Lord.

END_OF_DOCUMENT_TOKEN_TO_BE_REPLACED

This thought has been whirling around in my mind ever since I re-watched seasons 4 & 5 of LOST, and last week’s ep [Lighthouse] seemingly added another layer of affirmation. Since I wrote out my theory in a rant-worthy fashion on Google Buzz, during a discussion with @snarkle, I thought I may as well regurgitate it here.

Jacob’s Cabin/Circle of ash
The cicle of ash around Jacob’s Cabin is an anti-Smokey mechanism. So, if Smokey’s roaming around the island, the on-island Christian Shephard inside that cabin John Locke sees surely cannot be Smokey.

Two quotes from “Lighthouse” sum things up, where Claire seems to make a clear distinction between her father [on-island Christian Shephard] and her friend.

“First my father told me, and then my friend told me” – Claire, when explaining to Jin how she’s so sure The Others have her baby

“That’s not John. This is my friend” – Claire, at the end of the episode when Flocke walks into her camp

What ruins the theory

There’s just one scene that’s stuck with me that ruins this theory. In “Something Nice Back Home”, Jack, working at St. Sebastian hospital hears the smoke alarm beeping and then sees Christian Shephard. At the time, that smoke alarm going off meant only one thing to me, which sort of ruins the theory that they’re separate entities. Unless… there are two Smoke Monsters…

If the two are separate entites, what does it mean? It’s only fair that if Jacob has his candidates, Smokey should be allowed to have some of his own too. Is this what Christian Shephard and Claire Littleton are?

We haven’t seen Claire doing too much for Smokey, but Christian certainly has:

In retrospect, all I needed to say was, Smokey cannot leave The Island. Jack seeing Christian Shephard in “Something Nice Back Home” either disproves this fact [of which a 0% chance exists], or this is a plot hole.

That was mythology overload, right there.

Another 42 minutes of mind frakking courtesy of LOST.

I’ll continue to update with DarkUFO and podcast spam as the week goes on.

It’s back! I was left feeling unsure after the first episode, but by the end of the second, I was well on board and that familiar feeling of my mind trying to comprehend the madness that I just witnessed had returned.

Other thoughts via DarkUFO:

Why did I even bother calling it “Thoughts”? I see a few statements and a gazillion questions >.< Damon and Carlton, I thought you were going into answer mode, but you’re not helping my poor mind >.<

What is a flash-sideways? Who is Locke? The Creators & Cast provide some answers.

Random sidenote: My ankh keychain that I’ve had for years!

I remember seeing Damon, Carlton and a Polar Bear a while ago and wanting to buy every single piece on there, but what I didn’t realise was that Gallery1988 actually had an exhibition, and the multitude of other artwork that was on show, with the overarching name for all of this being The LOST Underground Art Project.

Thank you so much to The LOST Underground Art Show for providing an exhaustive gallery [with info on each piece], which has resulted in a cheesy grin being plastered all over my face for the last 20 minutes while I scrolled through it all slowly.

Here are some of my favourites [click each image to embiggen]… 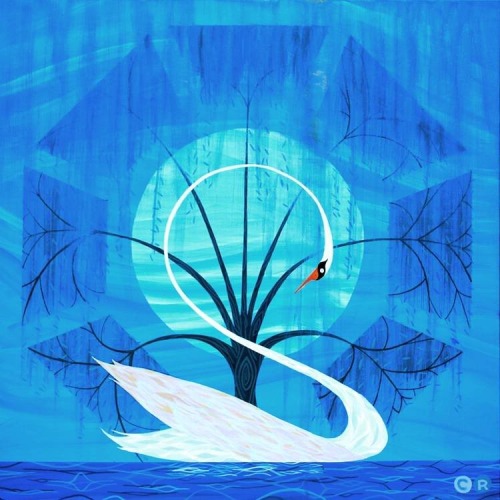 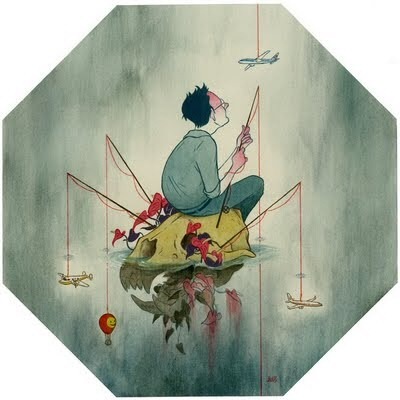